Can I just say I am so jealous that I made this zip up hoodie / jacket for Brian and not for me?  What was I thinking?!  It’s incredibly warm and irresistible.  Oh well, guess I’ll have to steal it every chance I get.

Let’s talk about the fabric.  The plaid is a fantastic custom ponte from Vinegar and Honey‘s November BeeBox.  This stuff is thick, stretchy, and very unique.  The back is plain black, which is what I used for the bands.  I can’t get over it!  I don’t think I’ve ever seen plaid ponte before, at least definitely not like this.  The color is such a nice burgundy/black/gray.

Note: This BeeBox also came with a gorgeous lace applique, but I didn’t use it for this one for obvious reasons.  Now to decide how to use it for me…

Because I enjoy torturous sewing and putting my machines through the ringer, I fully lined the entire thing with plush fleece.  This thing is HEAVY.  I mean, you pick it up and it probably weighs 3 pounds.  For real!  I used an anti-pill fleece I got at Joann’s last Black Friday for super cheap.  Talk about warmth.  I nearly drove myself to insanity with skipped stitches (only one broken needle though) but it was worth it! 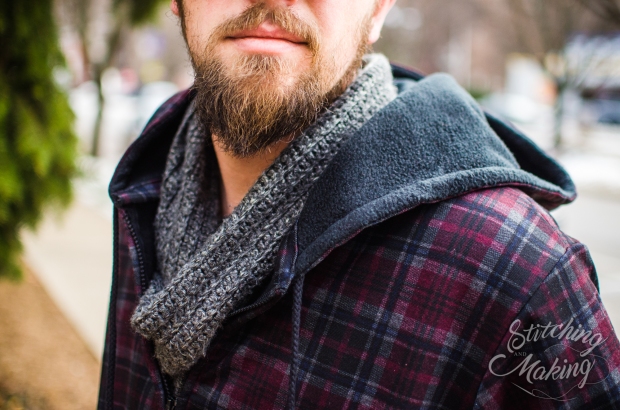 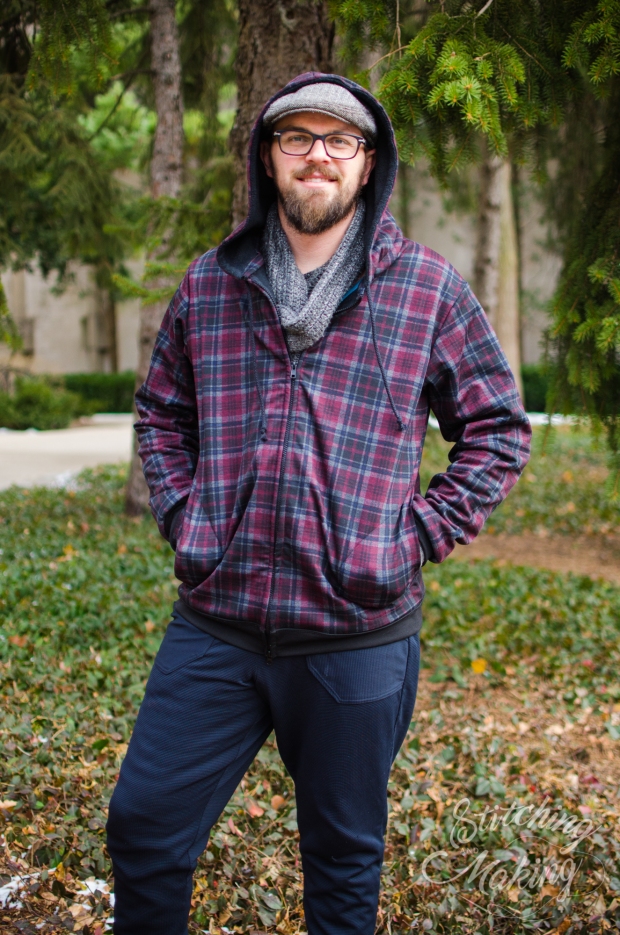 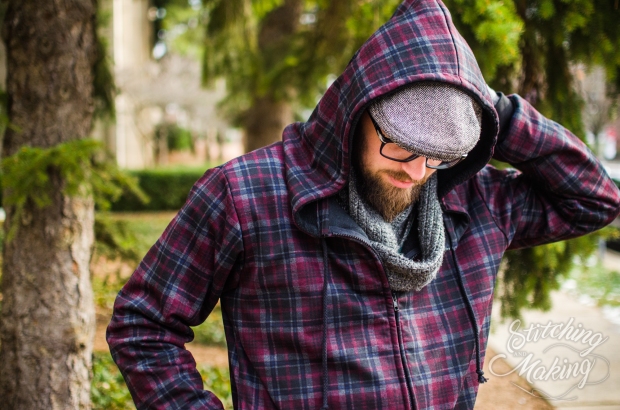 About the pattern: I actually used three different patterns to get this look.  The main body and most of the hood is the Thread Theory Finlayson.  However, I traced the higher crewneck neckline from the Thread Theory Strathcona instead of the lower, twisty neckline that the Finlayson is supposed to have.  Then, of course I re-drafted the bottom of the hood pieces to match the crewneck.  I sewed the whole garment with 1/4″ seam allowances instead of intended 5/8″, because I wanted to err on the side of a looser fit with the fleece lining.  I added a front zip with an extra 1/2″ seam allowance on the front edges.  For the side seam pockets, I used the add-on pack for the Patterns for Pirates women’s raglans.  Ha!  It’s just a pocket piece, but I didn’t feel like making my own.  And lastly, I added a piece of self knit binding on the body/hood seam, for a nicer finish. 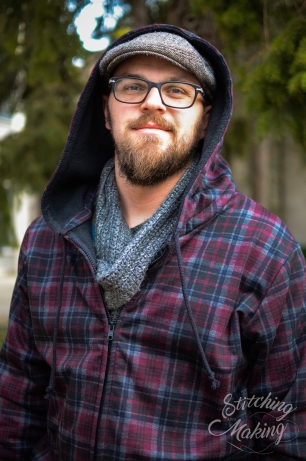 Look how thick this is…he’s only wearing a tank top underneath, all of that bulk is the freaking jacket!  Also, the fit is spot on even with the two layers.  Thread Theory wins again!

Confession: I’ve never actually put a zipper on a piece of clothing before.  Somehow I’ve avoided it, and only once put a zipper on a hammock (don’t ask, you know who you are).  This was a complete pain; I had to redo the zipper three times.  It was most certainly due to the insane bulk of everything, which caused the presser foot to slide sideways as I sewed down the zipper.  This didn’t happen at all with the hammock so I’m blaming the fleece.  But I got it eventually…this whole piece isn’t perfect, but it’s as close as I could get it! 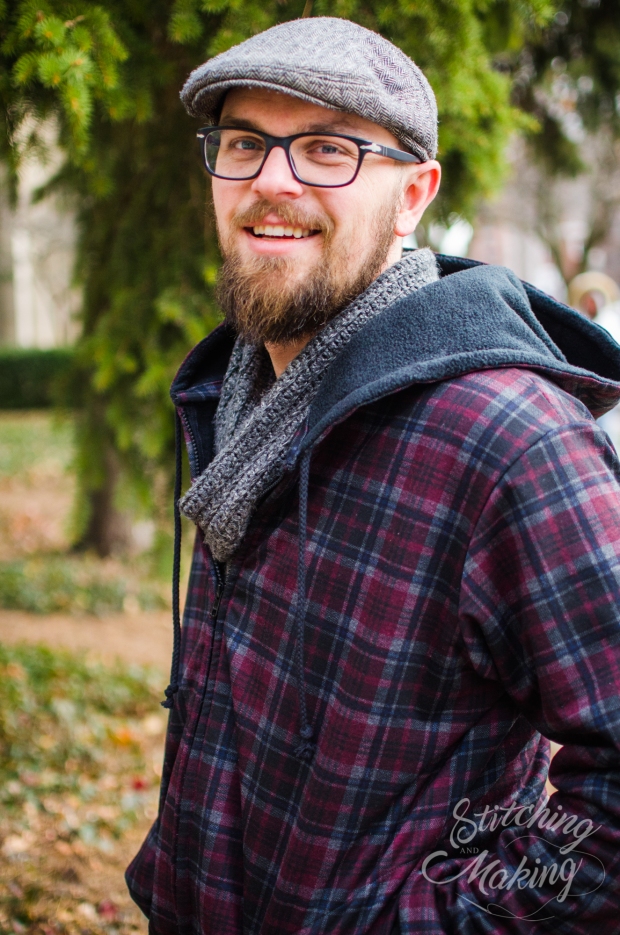 Just look how happy he is!  This is the face I get every time I ask him to try on something when I’m in the middle of sewing it.  And the face I get when I ask to take pictures after it snowed and it’s 28 degrees outside. 😉  Really, the face he makes when cracking himself up while taking pictures…ha!

I also had to do one of these, since I actually used an inspiration pic this time.  I usually just make whatever pops into my head…I pretty much never go on Pinterest (might explain my lack of fashion sense).  But I wanted to gauge ideas I had for this one with Brian and he liked this one.  I have to say it’s pretty darn close! #winning

That’s it for now!  Hope you enjoyed this one, now that I’m done sewing it I certainly do. 🙂