Even though it’s already September, it’s still 90+ degrees here in Chicago, so I feel justified in posting this skirt & tank combo before I launch head first into fall style!  I made this one last month and even got pictures mid-August but in the whirlwind of working full time, Brian starting a new job, 3rd trimester, buying a house, house projects, moving…you get this post now instead. 🙂 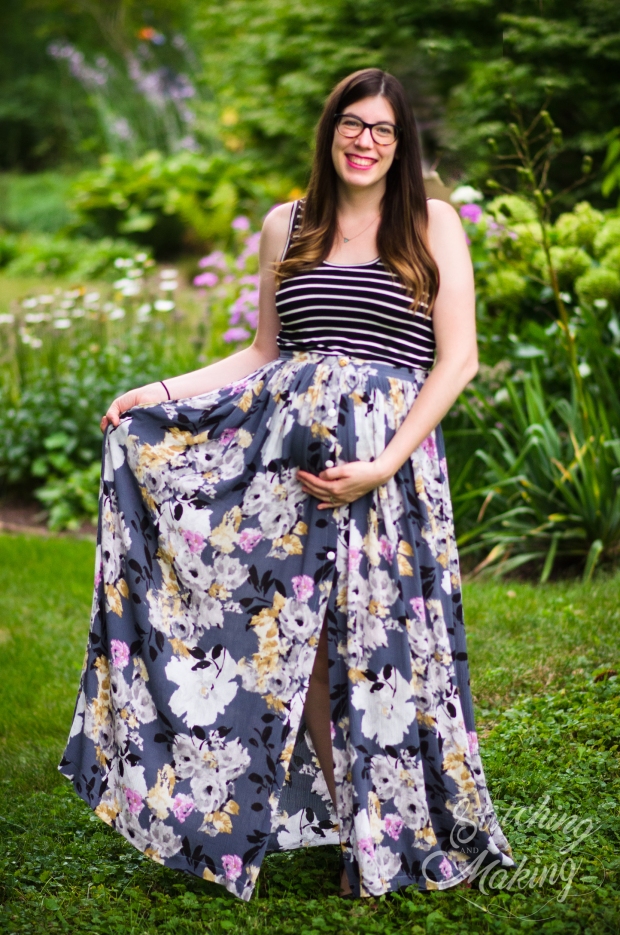 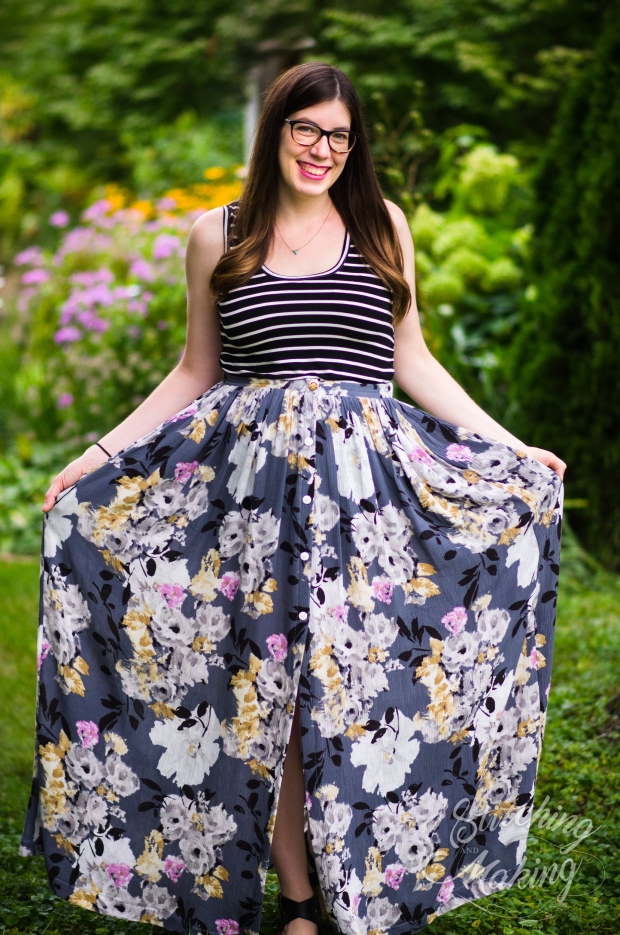 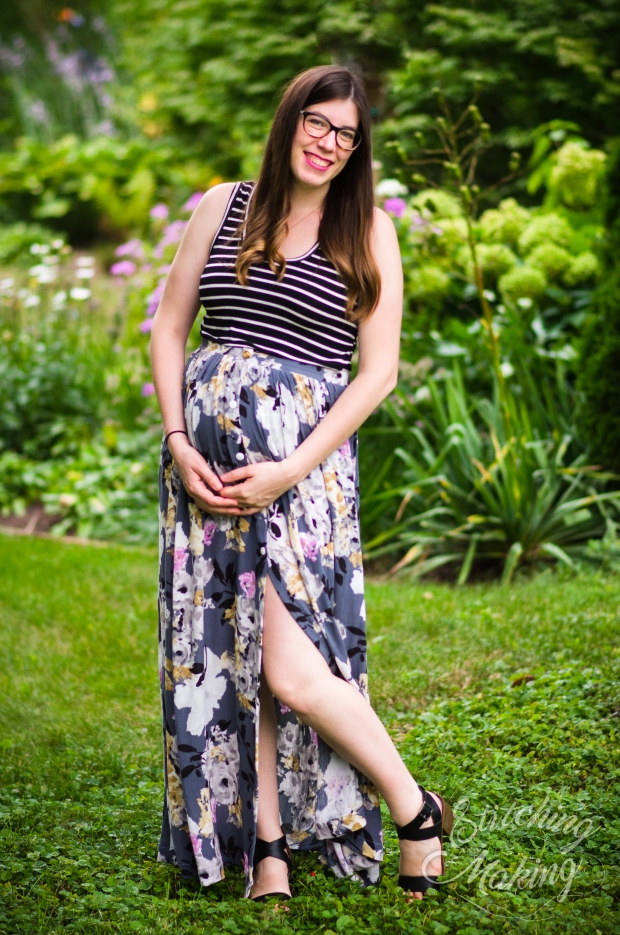 I “needed” this skirt as soon as I saw what hacks were being planned for the So Classic Sundress release.  Then I immediately bought an eight yard woven mystery box from Sincerely Rylee Fabrics and that was it.  (By the way, the mystery boxes are such a fantastic way to get some awesome fabric for a steal of a price!)  I LOVED this fabric as soon as I saw it.  It’s some kind of a lightweight crepe, which has such a lovely drape, especially when walking!  Seriously makes me feel like a queen.  I used every scrap of the three yard cut to make this…it’s got some serious volume! 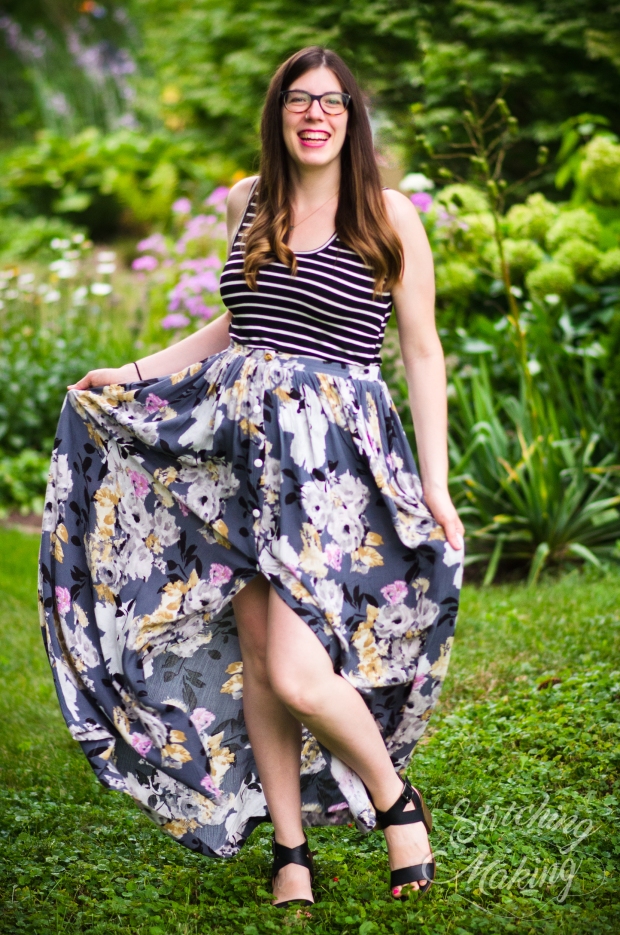 As I said earlier, I used the So Classic Sundress pattern to make the skirt, and essentially just used the bottom half of the dress.  There is a post on the P4P blog detailing how to do this specifically here.  I did no special modifications to accommodate my 24 week bump; I just made the empire waist version and that’s it.  Now at 29 weeks it still fits great.  I expect it would fit all the way into December due to the insane amount of gathering and fabric but unfortunately I can’t wear it here in the winter!  But I know it will fit after baby as well since it is not specifically maternity – which has been my goal in most of my sewing this pregnancy.

Because I refused to go to Joann Fabrics, I ended up using the white buttons I had left over from my plaid So Classic Sundress, along with a random accent button I got at Vogue Fabrics in one of those “scoop out a cup of buttons from this bin and pay $1” kind of situations.  I can’t even tell you how many buttons I have used from that one cup I bought probably two years ago.  I imagine it’s akin to finding a stash of your grandma’s buttons (which I do hope to inherit at some point).  Vogue was by far the biggest loss I experienced in moving away from Evanston!  Moment of silence to grieve.  But anyway…I love how it turned out.  FYI I sewed these on directly because I was sick of sewing functional buttonholes after the plaid version. 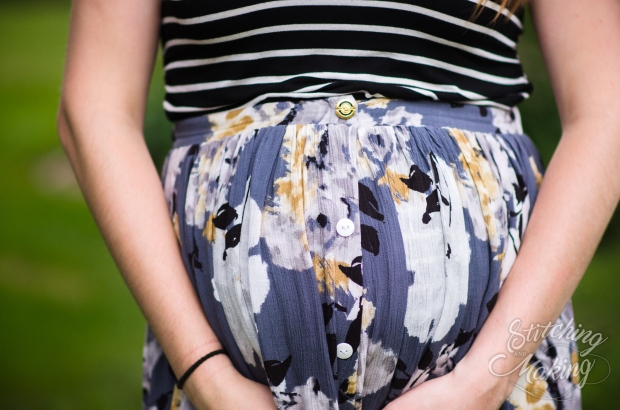 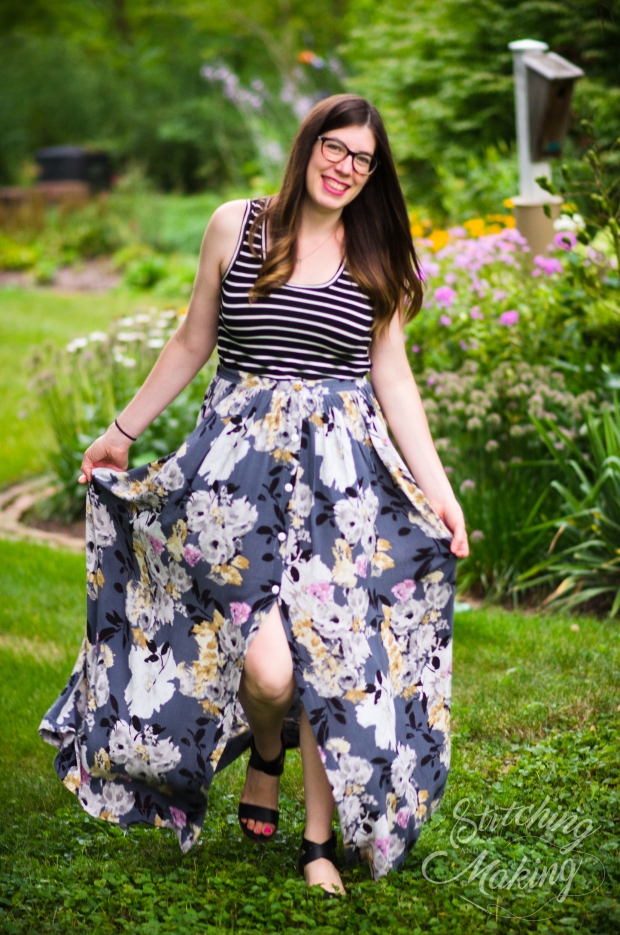 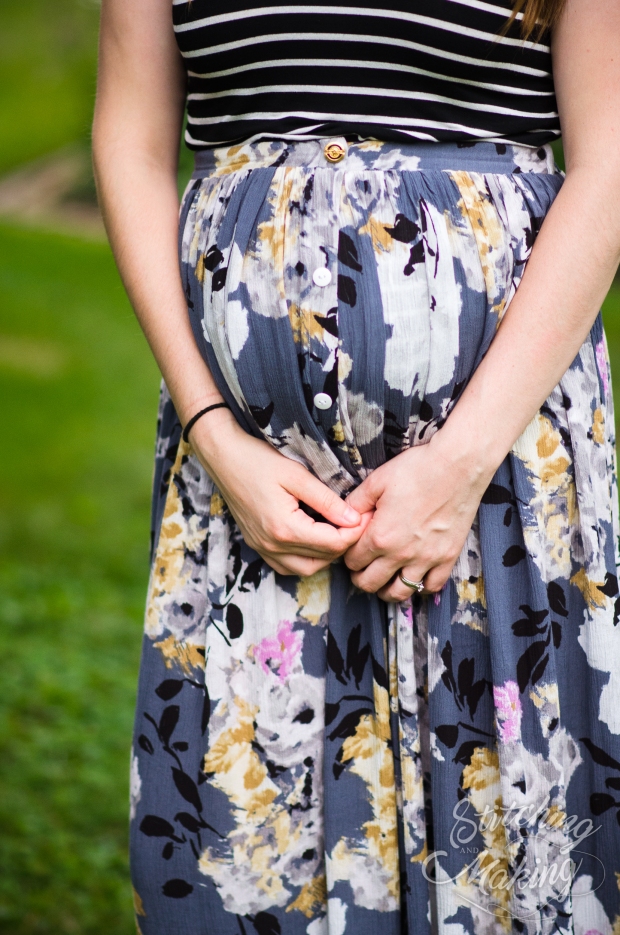 I paired this with a rayon spandex Essential Tank with maternity mod (side ruching).  You can’t see it in these pictures though due to it being tucked in, but it is nice that the shirt actually fits and I don’t need to keep pulling it down over my stomach all day.  I wrote about how to do this modification to most top patterns on the P4P blog.

I hope you’re loving this look as much as I am!  I wish I had made a bunch of these early summer, and then I would have pretty much lived in them.  The skirt is just so airy and comfortable.  Perfect for pregnancy in the summer! 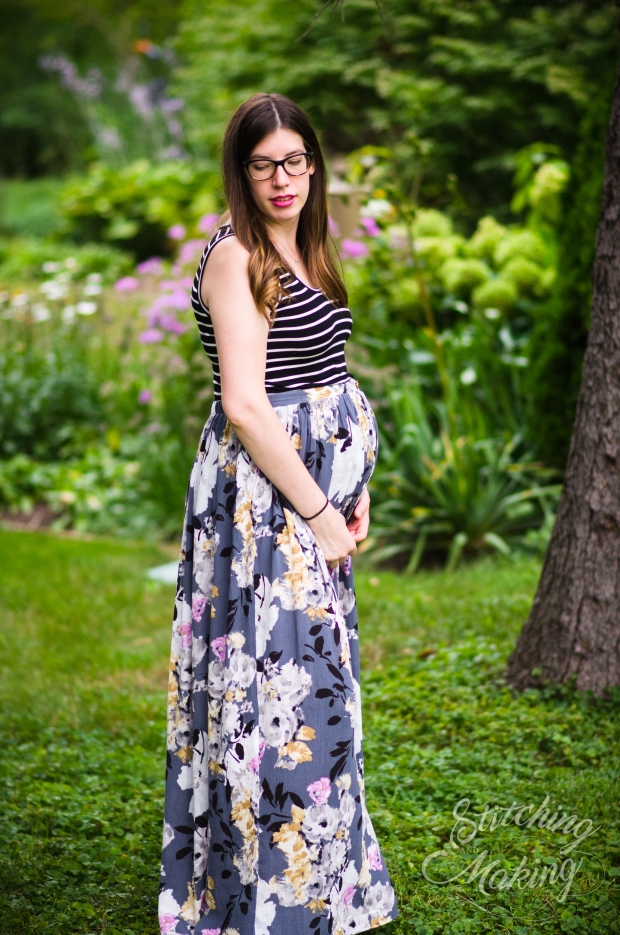 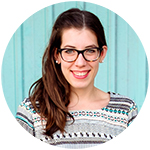 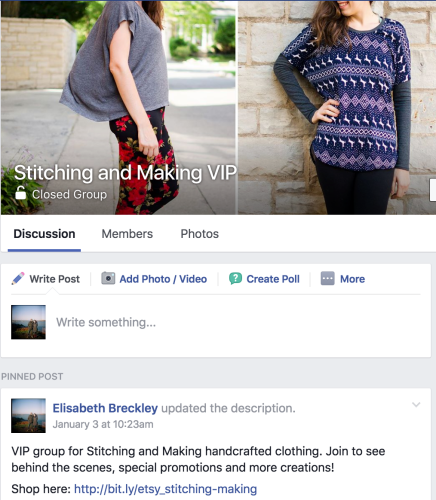